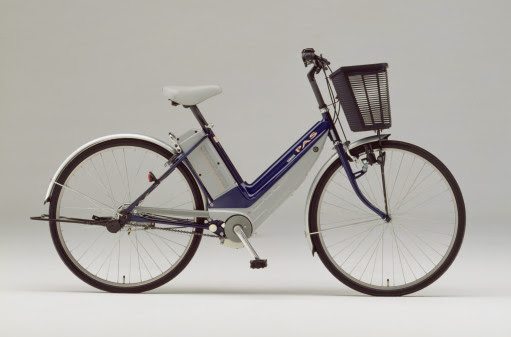 Yamaha Motor Co., Ltd. (Tokyo:7272) announced today that the company has received the Minister of Economy, Trade and Industry award at the 8th Technology Management and Innovation Awards, an event hosted by general incorporated association – Japan Techno-Economics Society.
This award ceremony is scheduled to be held on February 21.
This award has been presented for the world’s first electrically power assisted bicycles to be placed on the market, and by doing so, for the creation of a new category in the bicycle industry, which was followed by further functional evolutions and price variations. They are also highly evaluated for their widespread use in shopping, and commuting options for children, work, schooling and leisure based activities, and for their high affinity in the sharing business sector, making social contributions followed by improvements in a range of other societal issues which were the initial aim of the product.
The Technology Management and Innovation Awards recognize outstanding innovations that help transform the world, such as in economic development, social transformation, competitiveness, welfare improvements, and in the contribution to Sustainable Development Goals. The aim has also been to assist with contributing to the development of the Japanese economy, social changes, and global competitiveness through the introduction of wide-ranging content in innovation and practical processes. In addition to this, the awards also help the next generation of managers and engineers in further promoting innovation.
This is the eighth year of these awards after their establishment in 2012.

Yamaha PAS (Electrically Power Assisted Bicycles) – Innovation Overview
The current electrically power assisted bicycles available on the world markets today started from the launch of the Yamaha PAS by the Company in 1993 as a new global product.
Originally conceived to help with “social contributions to convenience,” “assisting in global environmental and energy issues,” and “helping improve transportation issues,” the Yamaha PAS was also developed as a new product that anyone could ride in comfort. However, development of the Yamaha PAS to create a new mobility that was not available in the world before was not always easy. But with a solid commitment to manufacturing by our developers backed by the Yamaha Motor Monozukuri concept, issues such as preparation work for use in bicycle sections on public roads, etc. were all overcome to bring PAS to the market place.
The Yamaha PAS was developed with the user in mind, and with its progression, focused on human senses as its highest priority. PAS steadily gained the support of its users and has now become a reliable asset that provides help daily.