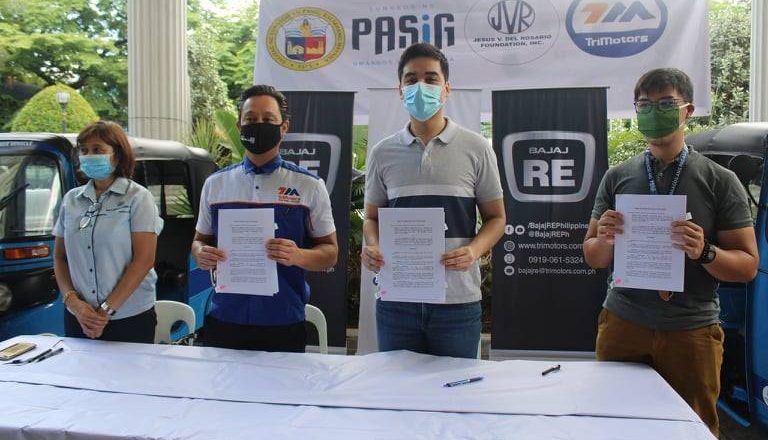 In time for the celebration of Pasig City’s 447thFounding Anniversary Araw ng Pasig, Araw ng Pag-asa, Bajaj RE shares initiative in the hopes of lightening the loads of Pasig frontliners in the fight against Covid-19.

This July 7, five Bajaj RE three-wheelers equipped with social distancing films (SDF) perfectly fit and upholstered for long-term use were accepted by Pasig City through Mayor Vico Sotto and Mr. Robert Anthony C. Siy lll, Head – CTDMO or City Transportation Development & Management Office. These Bajaj RE three-wheelers from TriMotors Technology Corporation headed by Executive Vice President and Chief Operating Officer, Raul Manglapus III, through its social arms, JVR Foundation with Ms. Gina Bulanhagui, Executive Director, will be used by Pasig City’s frontliners in attending to their duties especially related to the pandemic such as contact tracing. Bajaj RE is proud of its powerful and durable features and is guaranteed to bring comfort and ease in maneuverability in tight lanes in barangays and heavy traffic like that in Pasig City with added safety feature through its built-in social distancing film matched for the requirement of a vehicle during contact tracing.